Of all the 80 cannabinoids in hemp, the main and most studied is the psychoactive THC substance, which can have a naturally calming, anti-epileptic, and antipsychotic or psychotropic effect. The effectiveness of different cannabidiols, especially the positive impact of CBD, should be studied more thoroughly. CBD in combination with no THC can have a tangible effect and combat the feelings of paranoia or panic that people can feel, for example, under the influence of alcohol. The positive effect treatment was also noticed in the treatment of epilepsy.

Recent studies have shown interesting results. Here are some examples of the positive effects of CBD. 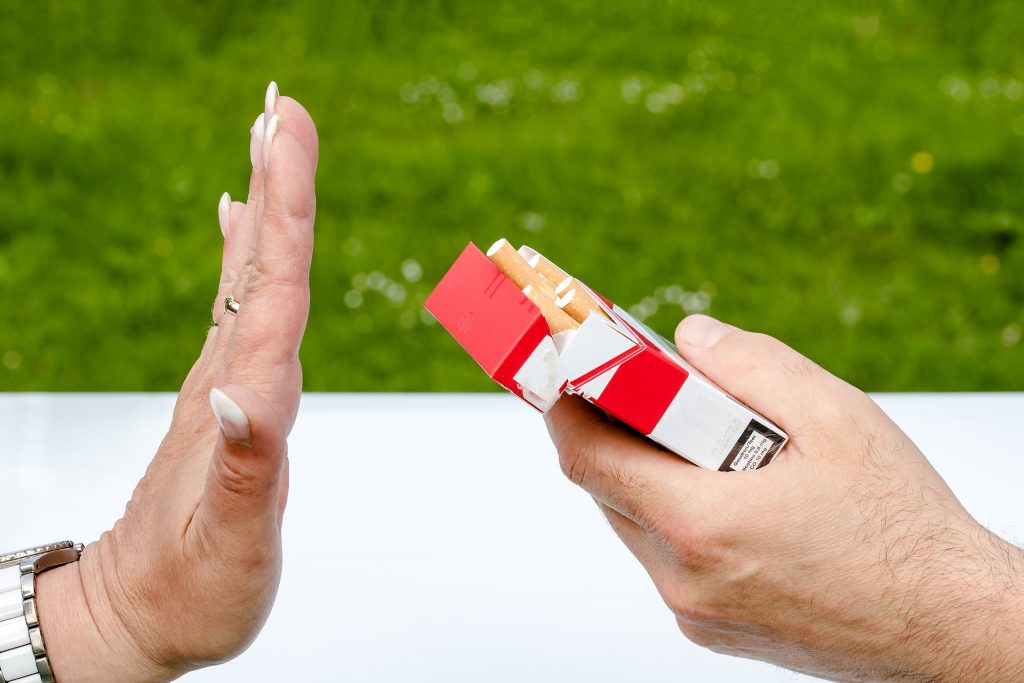 In the process of a controlled study, 24 smokers were divided into 2 groups. Some of them used a CBD inhaler, while others used a placebo inhaler. Participants were asked to use them as a substitute when they had a desire to smoke a cigarette.

During the week of using a placebo, there were no changes in the total number of cigarettes smoked in the control group. For those who got the opportunity to try inhalation with CBD, the percentage of smoked cigarettes decreased by almost 40%. The reduced number of cigarettes proves that patients’ desire for nicotine did not increase, which indicates the positive effect of cannabidiol in the treatment of nicotine addiction.

A study published in the Journal of Clinical Investigation of the National Institute of Health in the USA found that CBD can help treat acne. The researchers used cannabidiol to monitor the sebaceous glands and concluded that CBD may be very effective concerning this application.

In a study of CBD treatment, there was a part of the experiment with obese mice suffering from diabetes. Although this experiment didn’t prove a direct effect of cannabidiol on blood glucose, the treatment still prevented the production of anti-inflammatory IL-12. The prevention of this cytokine is very important because it plays a significant role in curing many autoimmune diseases. In December 2016 there was published the study of the Institute of Biomedical Engineering at the Chinese Academy of Medical Science containing the results of this experiment and all the scientific conclusions.

For the treatment of fibromyalgia, there is usually used a set of anti-inflammatory drugs, painkillers, and corticosteroids. The recent study determined the effect of CBD on fibromyalgia, and very encouraging results were obtained for further use in treatment. Half of the 56 participants who used CBD noticed positive improvements, including a decrease in their symptoms and pain, while those using traditional methods had minimal improvements.

It has been proven that prion causes neurodegenerative diseases, such as Creutzfeldt-Jakob disease or mad cow disease. In a 2007 Neuroscience journal, there was published a study showing the results of how cannabidiol prevents prion production and accumulation. During the experiment, the infected mice that received CBD lived one week longer.

CBD, as you know, has a calming and anti-inflammatory effect. People with no disorders can just calm down, applying some psychological techniques. On the contrary, patients with post-traumatic stress disorder simply cannot overcome anxiety and stress without the help of cannabidiol. The antipsychotic benefits of CBD can provide a stable, calm psychological state for those who need it most.

In 2012, a group of German scientists published a study in the journal devoted to progressive psychiatry. Strong antipsychotics Amisulpride and CBD were compared on the basis of 42 patients with schizophrenia. Both methods were found to be effective, but the patients using CBD had fewer short-term pharmaceutical side effects.

Some scientists claim that CBD can be effective in treating intestinal diseases such as Crohn’s disease. THC and CBD interact with a system that controls the functioning of the intestines in the body, which is precisely the mechanism patients have the most problems with. The anti-inflammatory properties of CBD can bring great relief to those who suffer from this disease.

Scientists at the Cajal Institute used animals and cell cultures to determine that CBD has an anti-inflammatory effect and serves as a permanent defense against the symptoms of multiple sclerosis. Mice had excellent motor skills and showed positive progress in their condition after 10 days of CBD treatment.

Using this information, scientists concluded that CBD has the potential to reduce various aspects of multiple sclerosis. They say that due to studies in patients with multiple sclerosis and the proven effectiveness of cannabidiols on its symptoms, medical hemp was legalized even in such legally conservative states of the USA as Florida.

One of the few side effects of CBD is fatigue. But there are many patients who are looking for a variety of healing natural herbs to fall asleep. Why not try the CBD for dealing with insomnia? It seems to be a nice way out for those who feel the need for non-addictive and helpful treatment of sleep disorders.

CBD has been studied for its potential role in easing symptoms of many common health issues, including anxiety, diabetes, acne, and various addictions. It may also provide a natural alternative for pain and symptom relief medication. Research on the potential health benefits of CBD is continuing, so new medical uses for this natural remedy will certainly be discovered further.

Any cookies that may not be particularly necessary for the website to function and is used specifically to collect user personal data via analytics, ads, other embedded contents are termed as non-necessary cookies. It is mandatory to procure user consent prior to running these cookies on your website.

Are you 19 or older? This website requires you to be 19 years of age or older. Please verify your age to view the content, or click "Exit" to leave.
You can`t add more product in compare